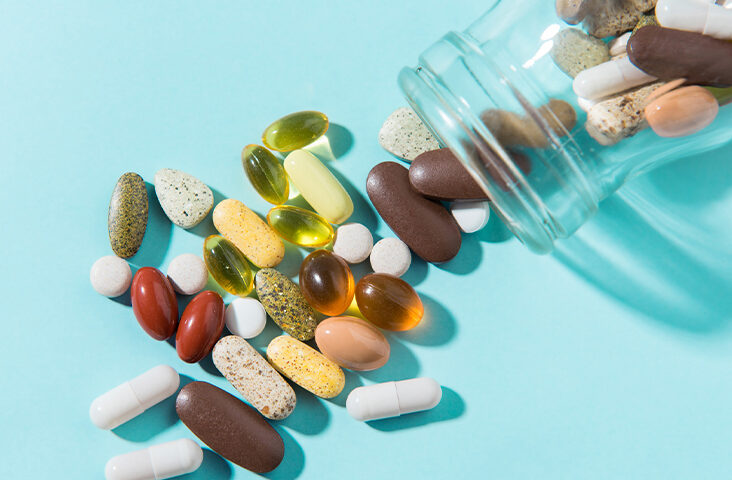 The state of diet in relation to health and medical care in the United States has long been a concern of many. However, the public often finds little response to their concerns other than usual and customary general data, responses by inadequately trained primary care clinicians, as well as internet and national news informing them about their responsibilities. What should the public do when they believe or have evidence of the following?

Dietary supplementation is practically a necessity nowadays. GMO products, as well as professionally managed, mega-farm soils yield produce with a very different biological content and activity compared to those of the same names harvested a hundred or more years ago. The wiser choice when available and affordable is the selection of locally grown, organic products the varieties and care regimens of which you are familiar. That aside, soil content is not nearly as rich as in the past, much of the produce we consume is imported, and diminished dietary variety results in organic and inorganic chemical deficiencies, some with notable detrimental health effects.

Changes in who food selection is preferable to supplementation, whenever possible. However, such requires reading about foods, and health benefits; literature which is not always easy to understand. Find primary information sources as well as websites and consultants (local, online) to help you with comprehension and queries. Remember that the FDA does not monitor imported produce, nor supplements nearly as well as they study U.S.-produced pharmaceutical products – their skill at performing the lattermost being dubious.

1. not be the products alleged to be in the packaging.

2. be mixed with substances that are other than you intended or would wish to consume.

3. be mixed with toxic substances.

4. be simply inert placebos without any substantial activity at all.

The products may be as labeled, but neither the FDA nor the wholesaler or retailer is warranting that they are as labeled. As such, if you want potassium supplementation to consider eating more bananas or other potassium-rich foods that you prefer, tolerate and/or are approved for your medical condition(s). Secondarily, take only prescribed or over-the-counter supplements produced by well-known, highly-rated manufacturers. The same comments could be made regarding over-the-counter alternative medicines.

Use of folk or alternative medicines in self-care is also frequently engaged in addition to supplementation by many people. In the U.S., alternative treatment recommendations may be formally sourced by Homeopaths, Naturopaths, Chinese Medicine professionals, Ayurvedics, and a variety of other Complementary and Alternative Medicine (CAM) providers. And, the internet is also full of recipes and recommendations produced and/or supported by a plethora of independent proponents of home remedies. The incorrect selection may just be a waste of your time and money, but an unrecognized allergy or adverse chemical reactions could be quite sickening, even fatal.